Being in long transit is perhaps the worst part of travelling. Whether it’s an overnight bus, midnight plane or a sleeper train, being confined to a narrow personal space for long hours is spirit draining.

After the long minivan ride back from Mai Chau, I followed it up with an overnight bus to Sapa, a town locateds within the northern mountains, close to the Chinese border. As you are probably aware of by now, these buses are not very comfortable. A little brake or swerve by the driver and you will be jolted from your sleep. Plus, despite not having enough legroom on my bunk, I kept my bag with me at all times to avoid thievery.
I arrived at Sapa on an early Sunday morning and I wanted to visit the Bac Ha Sunday market. The market is recommended by guidebooks and travellers, so I didn’t want to miss it. Thankfully, the hotel I was about to stay at was able to arrange the tour for me. The manager of Elysian Sapa Hotel, Tony even went as far as to pick me up at the bus station and made sure I made it into the tour. Talk about bending over backwards.

However, that also meant spending a few more hours in a minivan to Bac Ha. Great. By the time I arrived at the market, I was groggy and lack of sleep.

The market was dusty and had a cowboy feel to it. People selling everything from bamboos, to water baffalos and even ethnic minority clothing to tourists. The reason to visit the market though is because on Sunday, the ladies of the Flower Hmong ethnic would dress up in their colourful dresses and shop for their weekly necessities. This sounds like a photographer’s dream but in reality, it reveals the ugly side of people.

When I got there, there were already a number of tourists armed with their large dSLRs and lenses going around shooting. I guess its fine if you be discreet about it but many of them were shoving their lenses up close onto other people’s faces, completely disregarding their privacy. And what do they do after getting the shot? They leave immediately in search of the next Nobel prize winning shot. They went by with an urgency as if the apocalypse is impending if they got their shots. It felt like a zoo.

Perhaps the worst offender was the female photographer who was trying to shoot a portrait of an old lady from the side. The old lady happened to turn around and after realising she was in the frame, she smiled at the camera. The photographer said to her disapprovingly, “No, no… Don’t look at me… Look that way,” while pointing to the other side. Once she was done, she left promptly.

I took a snaps and decided that was enough, I wanted to leave after a few minutes. I was sick to my stomach.

Moreover, Bac Ha is also the only place in Vietnam where I got conned in my face, twice. The first happened when I wanted to buy an ice cream. Usually, I would ask for the price before buying anything but I let my guard down in Bac Ha. The lady handed me the ice cream and charged me, “50,000 dong” (Approx USD$3/RM8).  The price was outrageous  so I asked again to confirm. Its 50,000 alright. I tried to hand the ice cream back to her but she refused to accept it. She put up a stern look and since I wasn’t in the mood to argue or cause a scene, I paid up and left. It didn’t help that the ice cream tasted like crap.

After the market visit, our tour guide promised to cook us some delicious homecooked meal. Instead, he brought us to a nearby restaurant where his “friends” did the cooking. The food was mediocre but we should have expected it. Since this wasn’t included in the tour, we had to pay at the end of the meal. I paid up for my portion but he told me that he could only return my change at the next stop. I gave him the benefit of the doubt so I agreed. However, when I asked for the change during the next stop, he told me “No I still don’t have it. Maybe you can consider it as tips for me,” That stepped on my toe and I immediately insisted, “No! You have to return it to me first!” He nodded and said he will return it at the end of the tour.

As expected, he came up with lots of excuses later. Since he owed another guy money too, we kept pressing on the issue. Eventually he relented and went to “borrow some money from the driver”. Bought him some time but eventually he paid. Truth is, he didn’t even go to the driver and actually had the money in his pocket all the while. It may be a small sum to some, but it was a matter of principle.

I told Tony about the incident when I got back to the hotel. He was genuinely shock and said he would lodge a complaint against the tour company.

The weather in Sapa was chilly. Not sure if I was unlucky again, but the visibility was bad. The main town in Sapa wasn’t anything special. Lots of ugly concrete buildings erected in the past to cater to the foreign tourists. I noticed that some of the nearby rice terraces were abandoned as I suspect the locals forgo agriculture for tourism. The number of Black Hmong ladies in the town hard selling their trinkets and souvenirs says it all.

Still, I would explore the nearby Cat Cat Village one one day, and on another I took a hiking tour to another village. Actually, hiking is an overstatement as most of the the road was rarely steep. We were guided by a local Black Hmong girl who didn’t speak a lot. But at least she was a local where else we met another group who was guided by someone from the city. You could tell how foolish the guide was when she decided to pick up a baby wild boar who was comfortably sleeping. It caused distress among the young pack and the upon sensing danger, the mother who was happily napping, charged at the guide in rage. What could have happened was left to the imagination as luckily, the leash that binded the boar was strong enough to hold her back. Stunned, the guide dropped the baby boar immediately and walked away. She even managed to laugh it off, “Oh that was scary!” What an idiot.

Later we visited a local school where local kids were attending. A British couple in our group decided to hand out some cash to a random kid. “This is a reward for going to school,” they said. The kid didn’t really understand the message, so they asked our guide to help translate it. While I understand that their intentions are noble, I can’t help but cringe.

Its unfortunate that my Vietnam trip ended on a low note. Right up to then, Vietnam has given me lots of good memories and stories. While the country isn’t perfect, there’s always something new or surpring to keep you interested. Sapa was dull in comparison.

Other than the 2 excursions, I spent most of the time in the hotel, which thankfully was very good. Even though I normally prefer to eat out in Vietnam, I had most of my meals in the hotel. Tony and his staff were very accommodating and friendly. It was a haven from the outside world. At the same time, I was recharging for the next adventure: China. 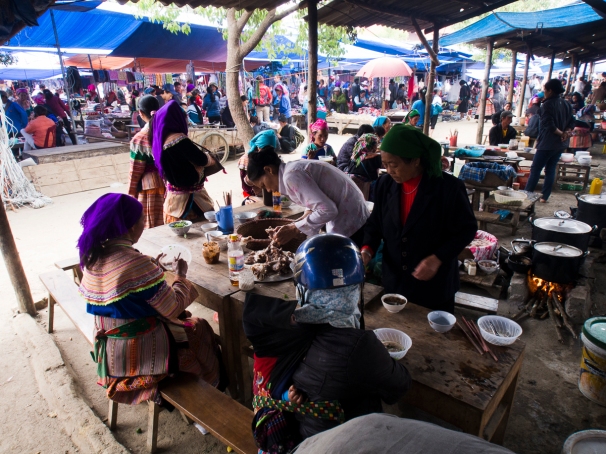 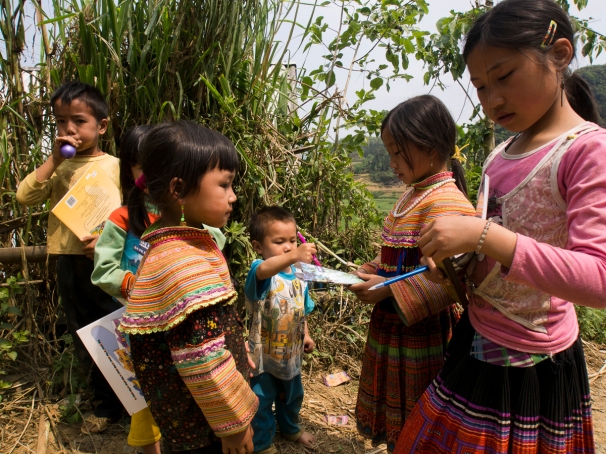 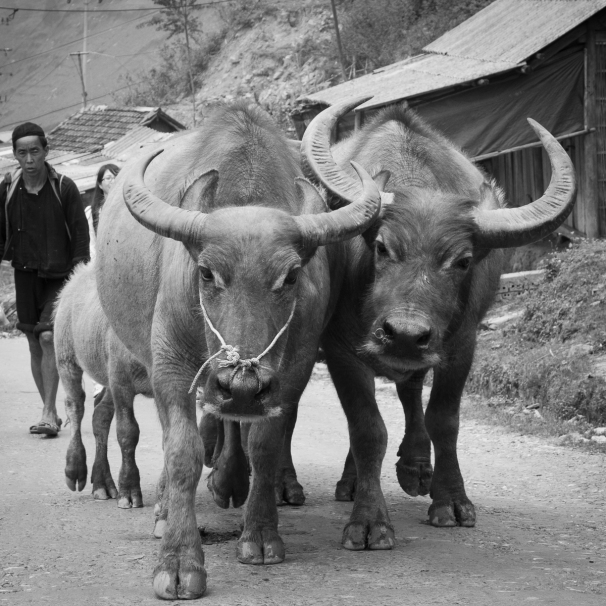 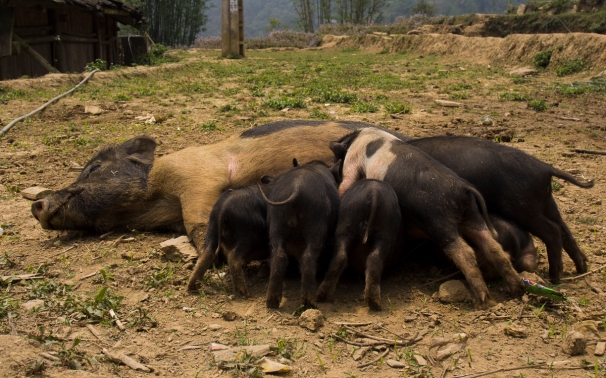 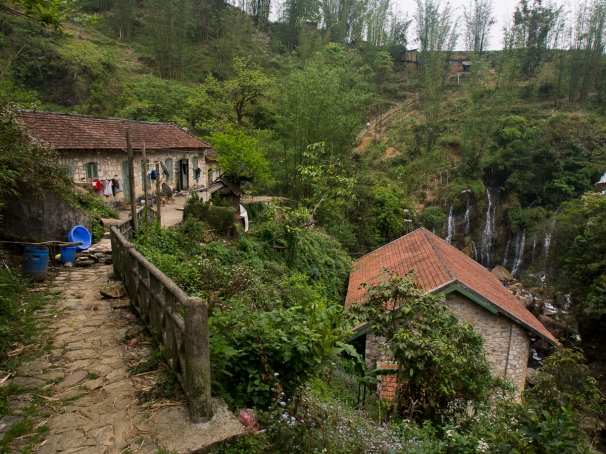 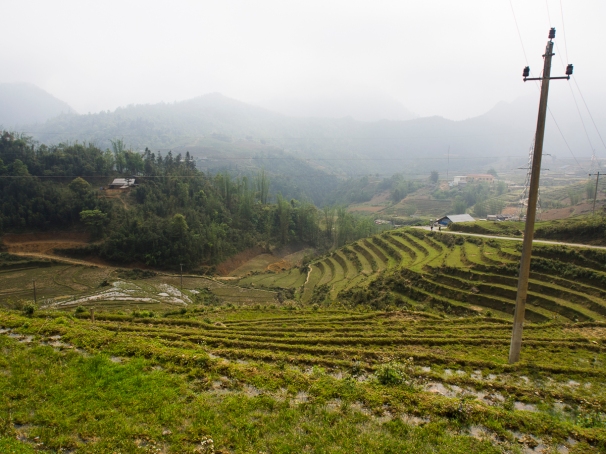 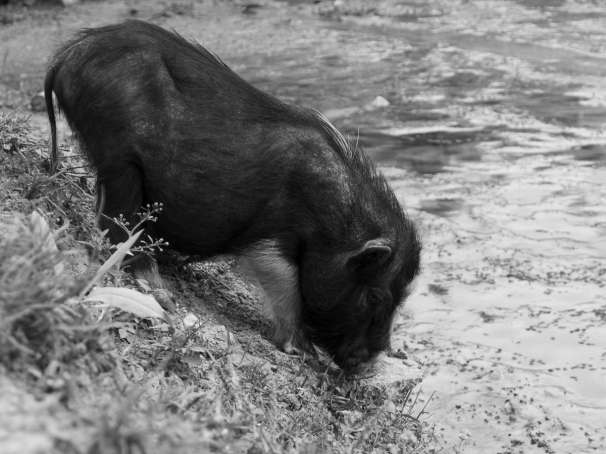 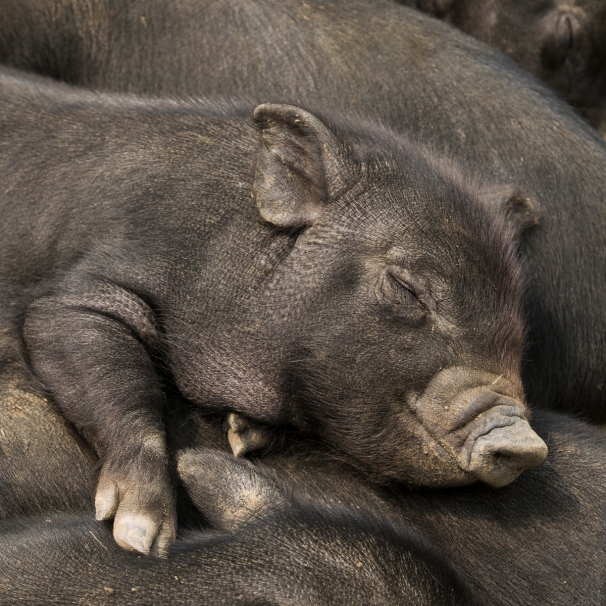