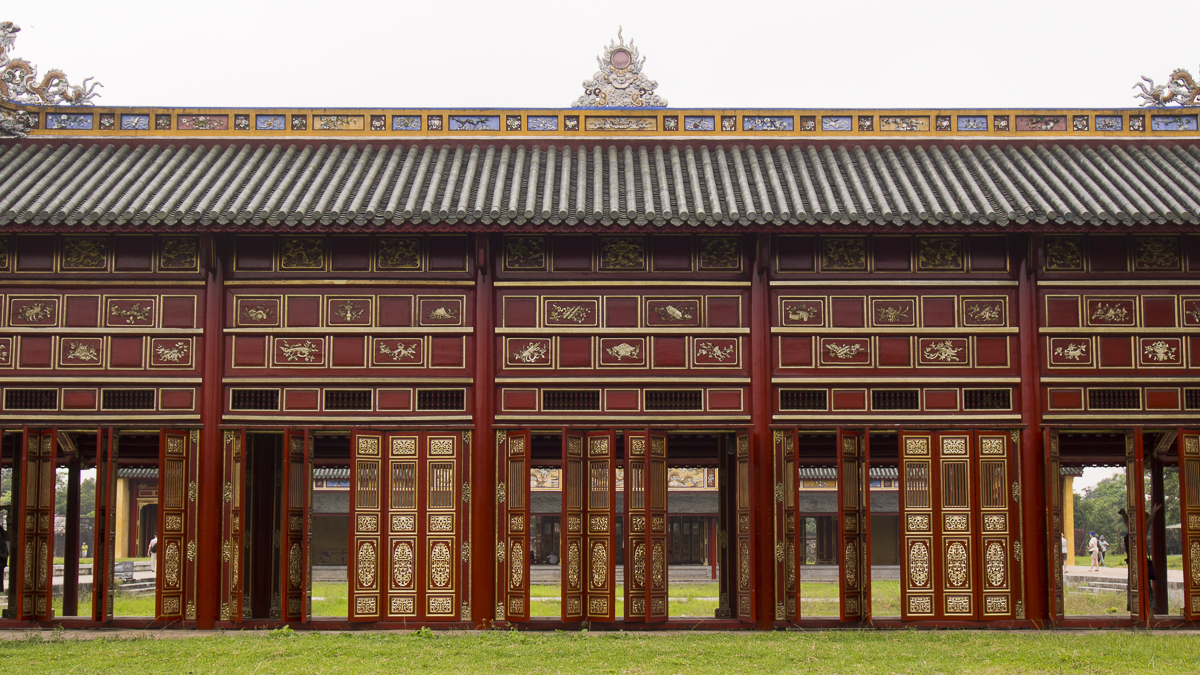 Imperial capital of the Nguyen Dynasty before it was eclipsed by Hanoi, Hue today is visited by travellers for its historic monuments, many of which were set up during the heydays of the dynasty.

I took a bus from Hoi An to Hue. The road, although short took us through the China coast and the mountainous region of the Hai Van pass. This is considered as one of the most scenic driving spots (And I’m sure you’ve seen that Top Gear episode!) and yes it was spectacular. So much so that I regretted taking the bus, where I could only enjoy the view behind a tinted glass.

I arrived without a hostel booking. Actually, there was only one in Hue but it was quite pricey and had a party atmosphere. There are numerous affordable guesthouses around if you care to find, so I started hunting from one to another. The first few were charging prices beyond my budget, so I kept looking until I got further away from the main street. Then there was one that offered a triple room for a very cheap price, but the beds looked like they were last slept on decades ago. I wasn’t that desperate. The next guesthouse I went to thankfully had a double room with a/c, toilet and television for only USD$8 per night. It looked clean, a lot less dodgy than the last one

(Psst… The nearby hostel charges the same rate per bed. Also, I just checked Hostelworld and it seems that there are more dorms around now. Good news!)

Once I’ve settled down, I contacted Amy, a local CSer and met up with her and her friends. Dane & Andy from England who were motorbiking Vietnam joined us. They bought their bikes in south of Vietnam and later sold them when they were at the end of the trip.

We went to Thien Mu Pagoda, one of the historic temples in Hue. Then we went to a garden/temple called Huyen Khong Son Thuong, that was further out of the way. Both places were away from the beaten path for a stroll. At night, we went to the night market by the Perfume River. I ended up spending most of my time in Hue with them and we had a great time.

And you know what else is great about Vietnam? Getting onto a motorbike of someone local and not really knowing where you’re heading.

Motorbikes (Used to be bicycles) are an important facet of the Vietnamese lifestyle. Because cars are very expensive (It’s on par with Malaysia I believe, and even we Malaysians consider our cars expensive), people generally get a motorbike. It’s economical and fuel-efficient. In fact, I’d argue that a lot of things won’t work in Vietnam if people migrate to cars. For example, many of the shops are hidden within the small alleyways only accessible by foot or a bike. Even if you want to park at the main road, you’ll be hard pressed to find a lot because there isn’t any!

I reckon it’s also why traffic jam issue isn’t as serious in the Vietnam cities as other Southeast Asian metropolises such as Kuala Lumpur, Bangkok and Jakarta. Still, getting onto a bike in a city like Ho Chi Minh City can be both an exhilarating and terrifying experience. Having that said, going through the countryside is equally rewarding:

Amy also happened to volunteer in an organization that teaches English to orphanages. We joined them for a session at a classroom near the main town.

Apparently the teacher was absent that night and he/she was usually tasked to control the kids. I used to join the Leo Club to visit my local orphanages and although the kids were hyperactive, there always will be a caretaker that puts them in place. As the children started arriving one by one, I realized how mischievous and uncontrollable they were. There was around 30 of them and they were everywhere. Some of them were running around, some were drawing on the blackboard while some started climbing the walls, literally! In the end, we had to trick the kids into playing some group games to restore some order. Or at least, for a short while. Eventually, time was up and the kids left the ground when we could breathe a sigh of relief.

I spent a day alone exploring the citadel and I was surprised by how huge it was to walk from end to end. Unfortunately, the citadel today is but a glimpse of its former glory. The scale of the imperial city – forbidden to ordinary citizens – used to be comparable to that of Beijing but during the Vietnam War, most of the compound was levelled. The Americans and South Vietnamese initially avoided damaging the historic site but as the battle of Hue intensified, the orders were largely ignored. Many were starting to question if the price of winning the war was worth it. To compound matters further, in the post-war era, it was apparently neglected by the Communist goverment due to its association with fuedal times. A good portion of the remaining buildings still remain in a state of disrepair.

Fortunately though, extensive restoration and renovation works are still being carried out. I thought parts of the halls that were restored looks great.

On yet another separate night, I took a stroll along the Perfume River with another local CSer. What surprised me about Hue is how young the local population was. It seems that, true to its Confucianism roots, there were a number of universities in Hue. Free-spirited and social, you’ll find most of them hanging out as groups by the river at night. Take a walk and you’ll come across groups gathering in a circle, playing guitars and singing along. The energy was infectious.

The tragedy that befell the once ancient capital has been long stored in a dark corner of memory, replaced by a new sense of optimism typical of the new generation. 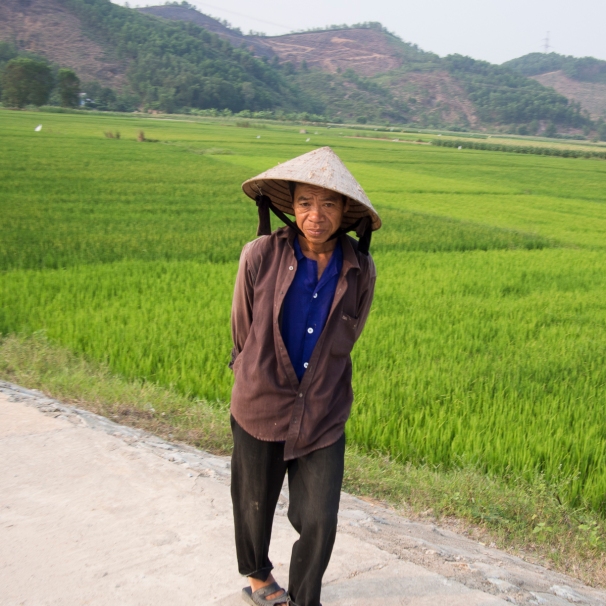 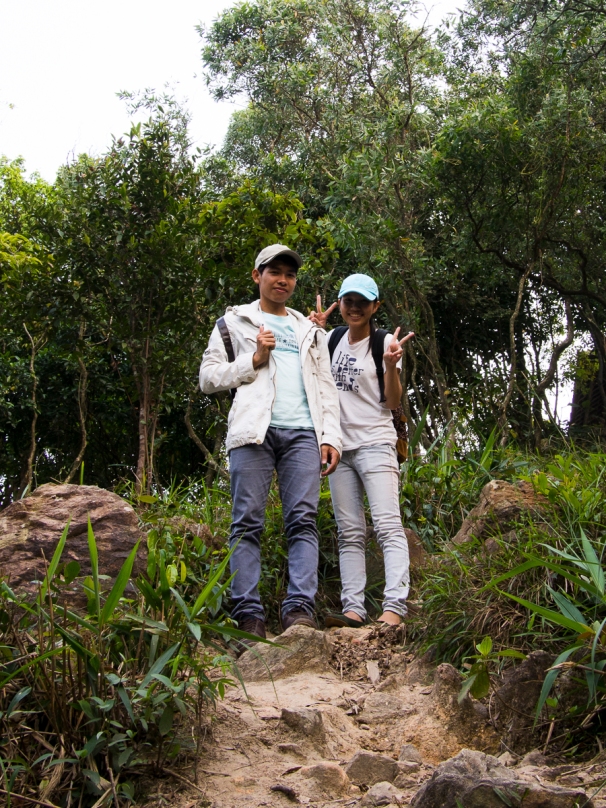 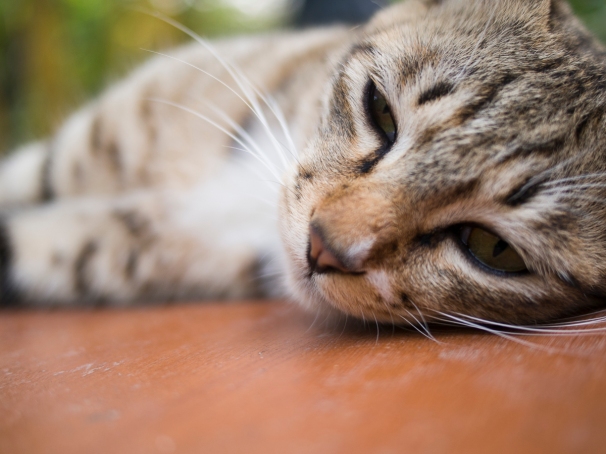 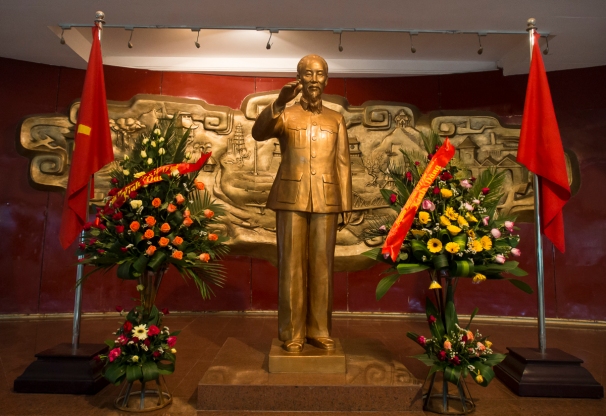 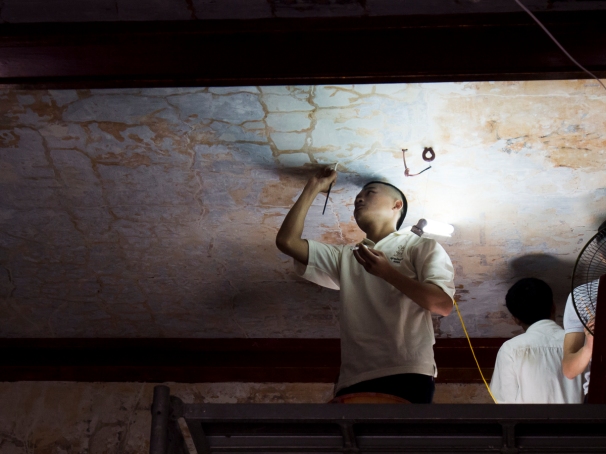