If you’re planning on a trip to Chiang Mai, I would recommend to stay within the old city, or at least within a close distance. Built centuries ago, the sqaure city was originally surrounded by walls and rivers. It used to be a thriving centre for Buddhism, artisans and merchants (Click here for more information). Today, much of the walls have been torn down. However, some of the gates still remain and if you take a look at Google Map, the main roads surrounding the old city forms a large square and sticks out like a sore thumb on the map.

Hints of its past could still be found within the city. Much of the wats still stand tall and is rarely without visitors everyday. While modernization takes place in the form of modern coffee shops, you could find many young baristas who have set up their own outlet to showcase their capabilities. Explore deeper into the streets and alley, and you will come across many unique art & souvenir stores tucked away in between endless rows of restaurants, spas and massage parlours.

Yes, the old city is an attraction in itself. We spent most of our second day discovering the more popular wats. As it was a Sunday, we stayed around to check out the apparently ‘unmissable’ night market.

One of the more well-known wats in Chiang Mai, the wat houses the Phra Singh Buddha statue. The statue is believed to be brought to Thailand from India. 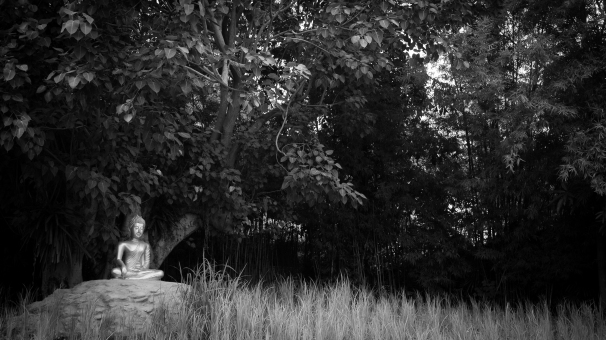 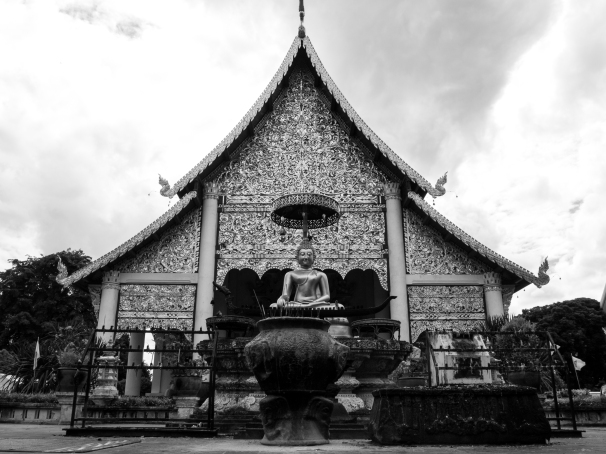 The most interesting part about Wat Chedi Luang is the chedi behind it that was built in the 14th century. The chedi suffered greatly due to an earthquake but in recent times has been restored to its former glory. Although the chedi is not accessible to the public, the sight of the massive structure is something to behold. 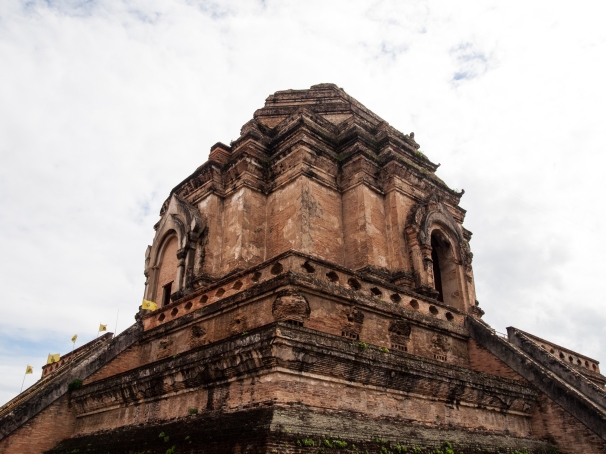 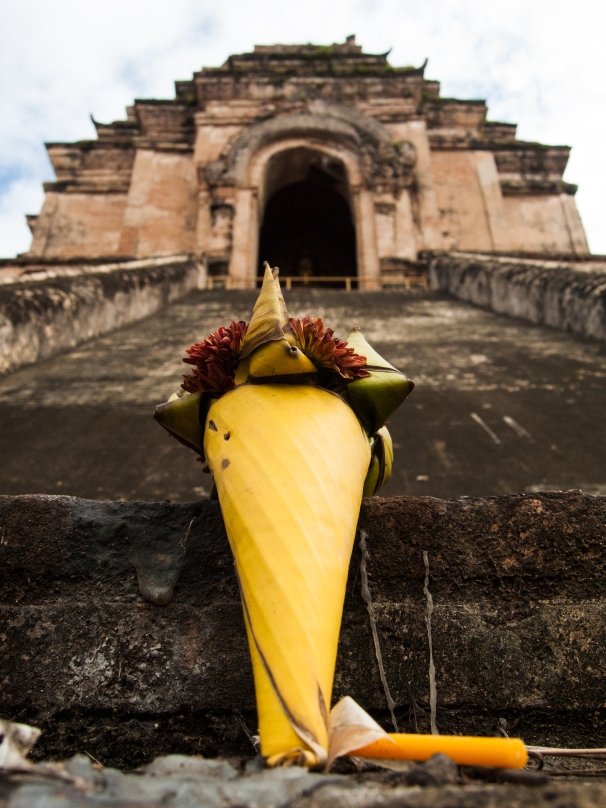 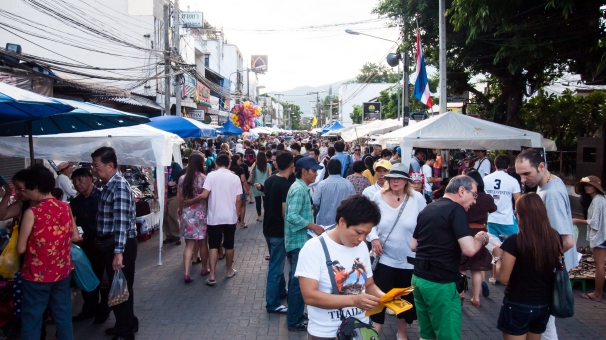 Every Sunday evening, the stretch of Rajdamnoen Road would be converted to a weekly night market. Now, this market is different from the nightly bazaars around Thailand or even the Chatuchak Market in Bangkok. First of all, it’s massive. The stalls in the night market are endless and even the wats along the road are converted to be part of the market. Secondly, the items sold on the night market are not your typical cheap knockoffs. Of course, they are there but in addition there is a huge variety of handmade souvenirs, home decoration and interesting apparels being sold.

If you love local food, there are plenty of stalls that sell local delicacies such as mango sticky rice, barbecued meats, khao soi and Thai salads. There are even stalls that sell sushi and german sausages. Make sure you come with an empty stomach!

Stalls start operating from 6 in the evening until late at night. It can be packed with people but nevertheless it’s a definite must-do attraction in Chiang Mai. We spent the whole night at the market and even so, it wasn’t enough to cover the whole market. 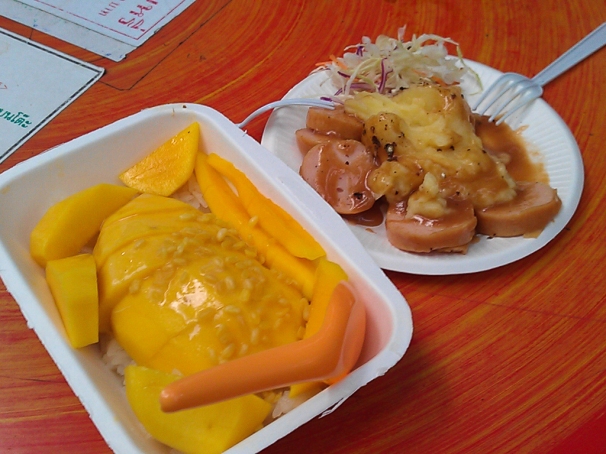