Flying to Korea has always been an expensive affair and thus travelling to that part of Asia has barely crossed our mind. When Air Asia X announced that they will be flying to Korea, Megasari and I quickly snatched one of those early promotional launch tickets and booked our trip half a year in advance. We were hoping to see Korea in early Spring/end of Winter and thus planned for a late-March trip. To our surprise, we came to know that Seoul was still snowing a week before the trip. Apparently the global climate has shifted its course and my hopes of seeing blooming flowers are all but shattered.

There is still plenty to explore though. After extensive research and a night of Hangeul self-taught crash course, (Learning how to pronounce Korean letters is surprisingly easy, especially compared to Japanese. If you intend to travel by yourself, I would recommend allocating 2 weeks to learn the entire alphabet as well as key phrases. It would be handy.) we were ready to go.

We touched down at Incheon Airport on Saturday night. Surprisingly, most of the airport stores were closed by 9.30pm, which left us with 24-hour fast food outlets. After dinner, we took the subway to our accommodation. Even though  the dormitory was close to the Hongik University station, the exit was still a distance away and we had to lug our luggages around a sea of Korean students. We later found out that the area was famous for its clubbing and night life.

By the time we reached our dormitory, it was closed to midnight. Thankfully the owners stayed up showed us to our rooms. We were given the 2 mattresses on the upper floor which actually it felt more like an attic, a little to our disappointment. Though, I later came to appreciate the privacy we had as you always worry that by having strangers around the vicinity of your possessions, you are exposed to thievery as I’ve experienced before. We quickly unloaded our stuff and lights-off at half past midnight. 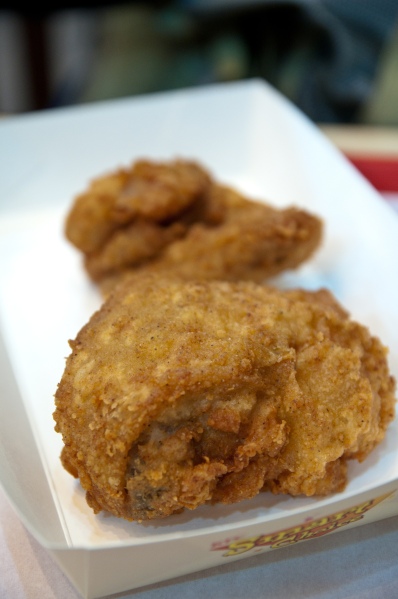 Always wanted to try some R&B or Curtis Mayfield style of rhythm guitar. Came across a course on Truefire on sale called "Groove Guitar" and decided to give it a try. Really fun and good to pick up some interesting embellishments.
So @adoi88 asked if I wanted to try this highly rated Xinjiang (China's Western Muslim region) restaurant in SS2. I'm glad I said yes. The Lamb Noodles and Lamb Skewers 羊肉串 were off-the-charts good. We will be back. 😁
My project for 2020. Still WIP so let's see where we end up at year end. But I gave it a test run earlier today and I'm loving it. Inspiring tone for days. 😍 For the gearheads: Peterson Strobostomp HD > @thorpyfx Veteran fuzz > @xoticusa Super Clean > @keeleyelectronics Aria > @nobelsofficial ODS-Mini > Tone City Durple > Tone City Wild Fro > @mooeraudio E-lady > @atomicamps Amplifirebox > @tcelectronic Ditto > Boss RV-6
%d bloggers like this: