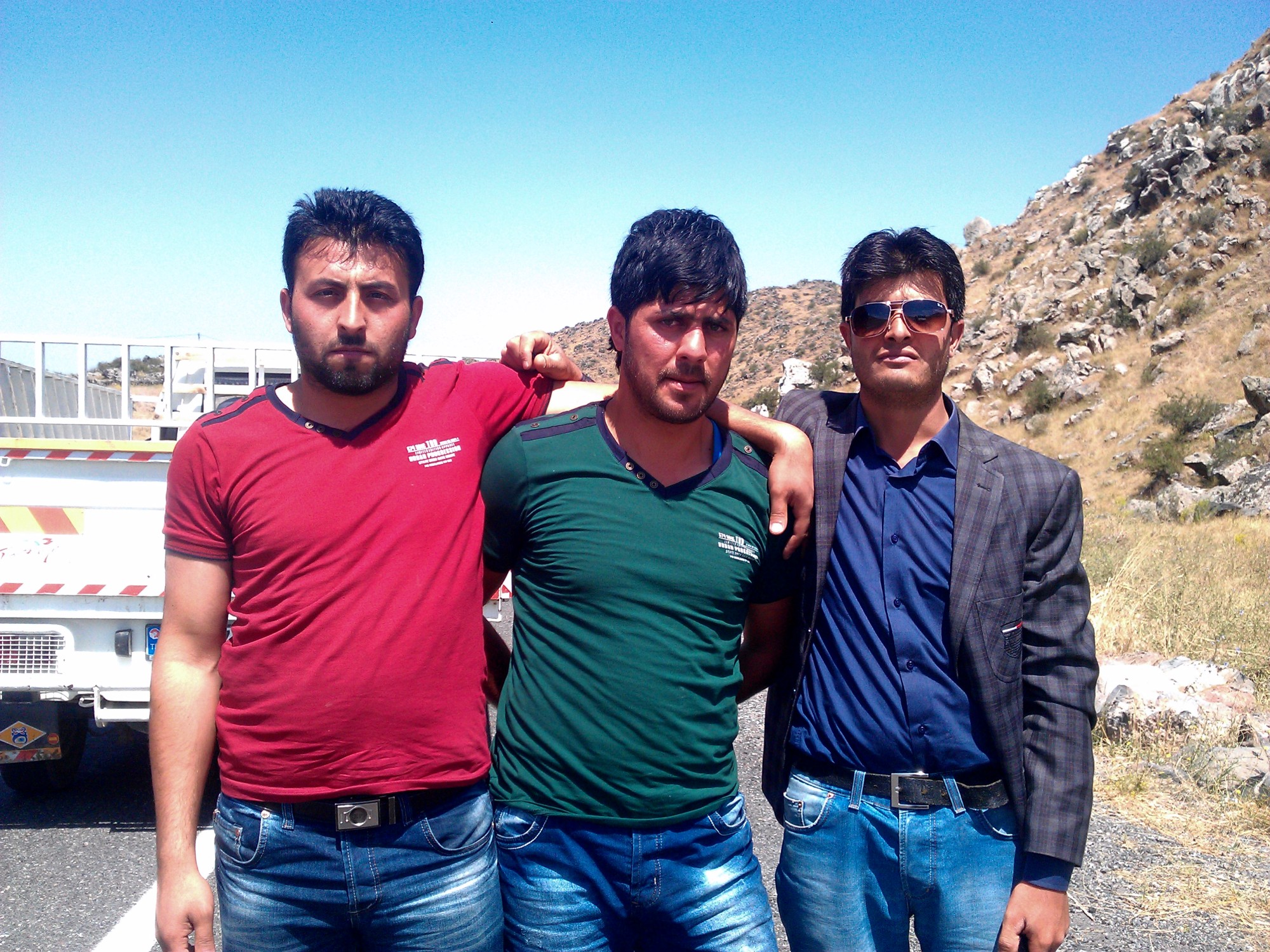 For the last 20 minutes I’ve been walking past countless nondescript shops and open markets. Each step I took left a trail of sand and dust in the air. The locals were on about their morning activities – haggling with vendors and chit-chatting with their peers. Some of them stopped to stare at me. I avoided eye-contact, knowing that some friendly locals will attempt to strike conversation. Instead, my eyes were fixated on my phone’s GPS as I maneuvered through the zig-zag alleys.

It was 2013 and I was at the border town of Dogubeyazit, the last town in Eastern Turkey before Iran. It was also the springboard for hikers who attempt to scale Mt.Ararat, widely believed to be where Noah’s Ark landed. Else, the town usually sees very little tourist presence, let alone a tanned East Asian. Certainly not one who was carrying a rucksack on his back and dayback on his front.

As I moved away from the town center, the view in front of me opened up. No longer was there a sight of a building, replaced by the endless desert plains. I could see the silhouette of a miniature Mt.Ararat in the background. I arrived at the intersection into the highway as I saw a medium-sized lorry heading towards my direction. Without a second thought, I stretched my right arm out with my thumb lifted.

For the uninitiated, the thumb lift is the universal sign used for hitchhiking. To hitch a ride is to get a lift from a stranger’s vehicle often to the same destination as the driver. It was a daunting activity, not least due to the risks involved. However, I’ve gotten many free lifts, warm greetings and free food from strangers in Turkey that hitching became second nature. Having that said, it can be tough trying to hitch a ride and sometimes you can go hours without a single car stopping. But luck was on my side that day. The first lorry I spotted stopped, just in front of me.

A man peered out of the window. I hurried towards his direction while asking where he was heading.

I memorised most of the northbound towns the previous night to know that Igdir is the next immediate town. It wasn’t far away and that meant I wouldn’t cover a large distance. But I didn’t mind that, I could always hitch again later. So I nodded. He opened the door, motioned me to join him and his colleague at the front seat. I dropped my rucksack at the legroom and got into the lorry.

As I got comfortable, I introduced myself and got to see them better. The guy who invited me in was sitting in the middle. I reckon he was the spotter. The spotter had a blazer and an oversized aviator sunglasses. I find it interesting that in this region, no matter what your socioeconomic status is, the men always wear a blazer. Oftentimes, they look very sharp. True enough, the spotter wouldn’t look out-of-place in a Bollywood set.

The driver on the other hand was the casual one. He had an unshaven beard and wore a red T-shirt that gave away his slightly bulging midriff. Both had tanned complexion, much tanner than their far eastern brethren.

They spoke very English but managed to ask “Country?”

Yes, I was in the heartland of the Kurdish, where in more recent times has seen the insurgence of the separatist movement. But back in 2013, there was no sign of rebelling yet. Indeed, the lorry speakers were blaring a local tune. My 2 friends were soon singing and clapping to the ethnic instruments and thumping bass. I bobbed my head and joined the Bohemian atmosphere.

A few songs in, a smaller lorry drove up right beside ours. It was close enough that I could see its passenger – a lone driver in a green t-shirt. The spotter waved at him. The green driver waved back and, noticing my presence, made a gesture that said “What’s he all about?”

The spotter told me to show the green driver a sign – by clenching a fist placing the thumb in between the middle and ringer. Well, when in Rome, you should just do as you’re told. I showed it proudly to the green driver. Much to my dismay, his facial expression was of shock and disgust. He stepped on the accelerator and overtook us. As we were trailing him, he slowed down his lorry and motioned for us to stop at the road side. The red driver obliged and soon both vehicles came to a halt on the emergency lane.

By now, I was perplexed at the situation. We were in the middle of nowhere on a highway that had few vehicles passing through. I was getting tense.

The green driver got out first. On his hands were a baseball bat. He didn’t look too pleased.

Now, it’s only much later that I learned that the sign I made was the Turkish version of flipping the bird. The middle finger. The “f*** off you c***” finger.

So maybe next time dumb dumb, when at Rome, don’t do whatever you’re told to.

However at that moment, I was still clueless. I turned to the spotter. He cupped his hand around his mouth with an “uh-oh” expression. With the glasses, I wasn’t sure if he was serious or joking. As the green driver walked towards us, the red driver and spotter got down. They calmed the green driver down and started negotiating with him. I looked on from the passenger seat, feeling safe knowing a windshield separates us. All of this happened while the stereo was still playing the techno-turkish-top-40 hit in full volume.

Then the unexpected happened.

Without any synchronization, the 3 of them started dancing.

It broke all the tension I had. I laughed.

They motioned at me, asking me to join the party. Without hesitation, I got out. We clapped. We hollered. We danced.

Picture the scene: in the middle of nowhere, on a highway surrounded by nothing but desert plains, parks 2 lorries. Between the lorries were 1 East Asian dancing with 3 Kurdishs. In the background was the mythical snow-capped volcano, where Noah’s Ark once landed.

When they decided it was enough and they had work to do, I took a photo of them before the green driver returned to his lorry.

The rest of us resumed our remaining journey.

We arrived at Igdir within an hour. Once they parked at their depot, I said thanks to them and got out with my belongings. As I walked away, heading towards the highway intersection, the spotter called out to me, pointing at the opposite direction. He shouted, “Bus! There! Bus!”

He wanted me to take the bus.

“No, no… It’s ok! I’m getting another ride,” I shouted back while showing him my thumb.

He seemed to get what I was saying and waved me on. I waved back for the final time and pressed on.