Highly popular in traveller’s itineraries is the small town of Yangshuo 阳朔, situated 70km down south of Guilin. While many travellers opt to take a river cruise through Li River from Guilin, Megasari and I decided to take the 1 1/2-hour bus trip.

Unlike its northern sibling, Yangshuo is without any of its big city feel. Clean and relatively unpolluted, this once quiet town has seen an influx of tourists in recent years. At the heart of Yangshuo is the West Street 西街 Shopping area – which has seen restaurants, cafes, hawker stalls and souvenir stalls being open, trying to take advantage of the booming tourism. The infrastructure in Yangshuo is impressive for Chinese standards, it’s no wonder this is touted as a vacation town for many. Nevertheless, the rapid commercialism comes with a price – West Street at night can be packed with tourists coming from various parts of China.

To the west of the town is the countryside where Yulong River 遇龙河 flows through. Much of this area is untouched and the locals still strive on agriculture to make a living. The tourism boom has slowly spread to this area though, with various guesthouses set up to cater to the tourists who like to have a peace of mind from the west street crowd. One of them is called The Giggling Tree 格格树饭店, set up by 2 Dutch owners who have converted then-abandoned farmhouses into a guesthouse complete with Western-standards amenity. Even though The Giggling Tree is only a 15-minute taxi ride from town, the place is secluded and especially quiet at night. To me, the countryside is the sole reason why you should go to Yangshuo.

In the day, we had the guesthouse arrange a traditional bamboo raft ride along Yulong River. To reach the meeting point, we rented a bike and cycled through villages. The scenery was beautiful and while the path is quite clear (Although we took a few detours), a portion of it is less developed. By the time we arrived at the meeting, we were late and shifu was already waiting for us. Without much delay, he placed our bikes onto a truck that will carry them to our ending point. We then got onto the raft – made by tying a few bamboos together. To paddle the raft, shifu uses a simple bamboo stick and pushing it against the ground. It’s no mean feat though as the water current was going against our direction and we were rather heavy! You could see from the photo below that shifu has over the years developed muscular arms despite his small frame. We sat back and enjoyed the karst scenery while shifu talked to us about local life and a few limestones of interest. After the 2-hour ride, we got off and shifu sent us off to a nearby restaurant to try the famous local dish, beer fish 啤酒鱼. While the fish dish is nothing great to shout about, the vegetables – having procured from their local farms – are fresh and tasty. The local beer Liquan 漓泉啤酒 may be too light but is very cheap. After a filling lunch, we cycled our way back to the guesthouse.

Towards east end of Yangshuo town, river cruises from Guilin arrive after the journey through Li River 漓江. If you don’t want to take the oversized cruise, you could do what we did – take a bus to Yangdi town and take a bamboo boat to Xingping town. As Li River is much bigger and deeper than Yulong River, you won’t be able to find any of the traditional rafts there. All boats have since been motorized and made of plastics that barely resembles bamboo. Prices to rent a boat can be astronomically high, thus do your research beforehand to avoid getting ripped off like we did. Even though the ride has nothing that resembles the traditional practice, the limestones here are much bigger. Perhaps the most well-known view in this excursion is the one imprinted on the RMB20 bill. Once you get there, do what every tourist does and take out the bill to snap a picture.

Shifu dropped us at Xingping 兴平 town – another smaller town just a short of 30km north of Yangshuo. Some claims that Xingping is what Yangshuo used to be – quiet and unpretentious. For me, the highlight there was the old town that was preserved to retain its historical charm. Locals could be seen going about their daily lives – chatting, playing chess and – a common sight here – gambling. Once we had our lunch here, we took a bus back to Yangshuo.

Our 4 days in Yangshuo gave us the best opportunity to slow down and unwind. Our stay was so pleasant – much thanks to the top-notch services at The Giggling Tree – that there was a reluctance to pack our backpacks on the final day. Even though we haven’t covered every attraction in Yangshuo, it’s a place that we come to miss even after we are back home. 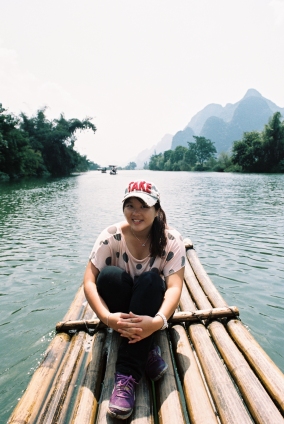 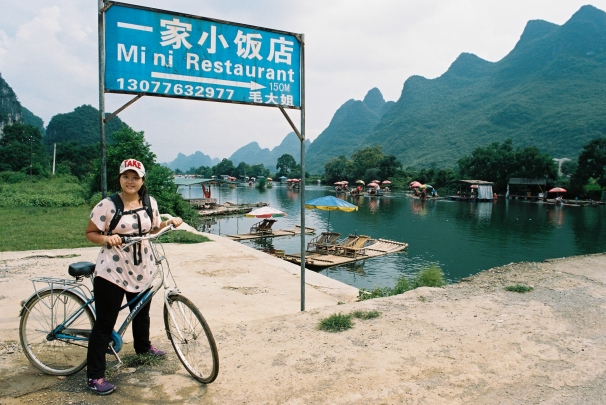 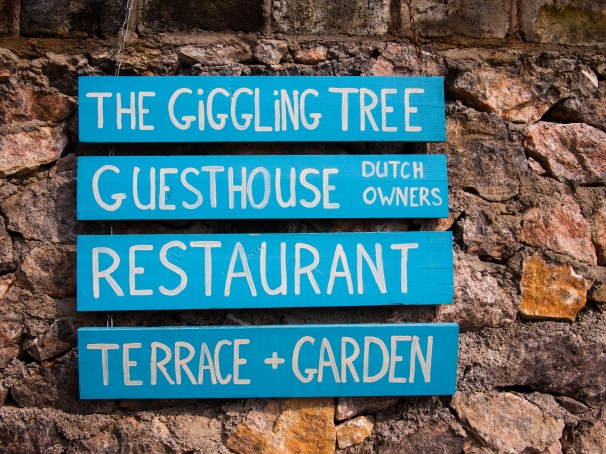 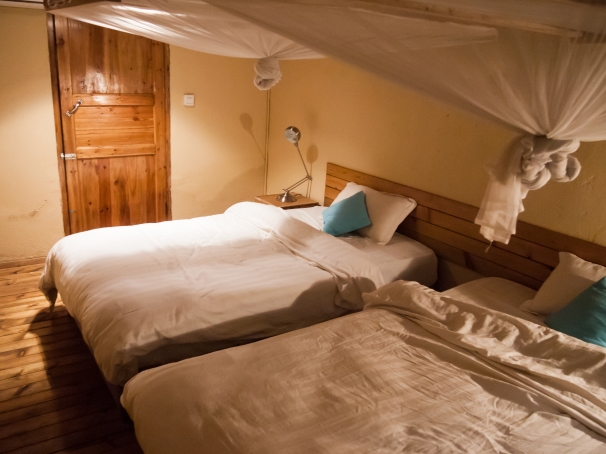 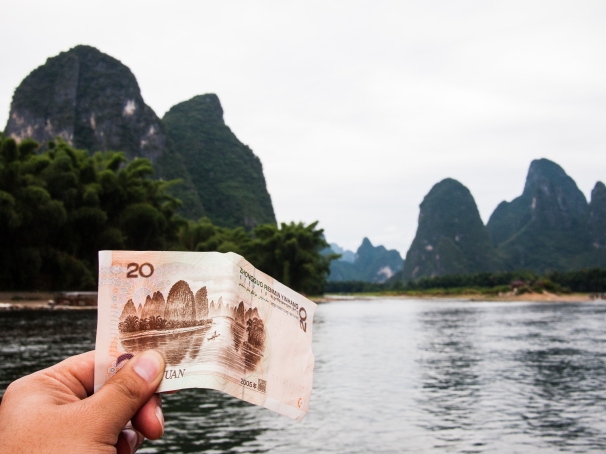 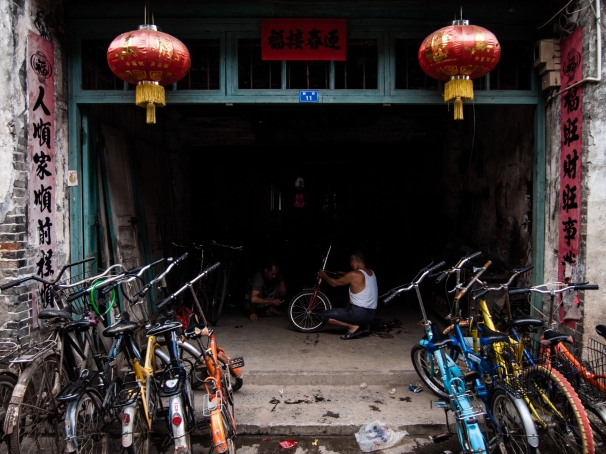 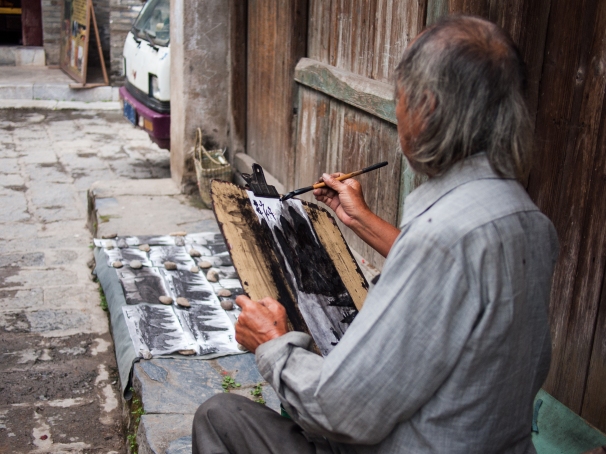 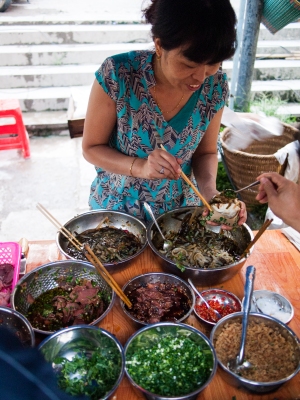 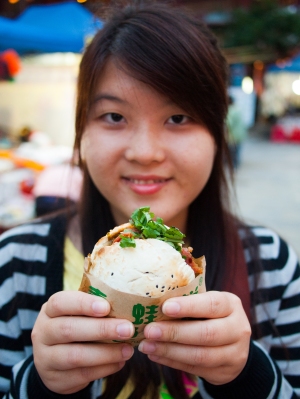