I came across a recommendation on Kompong Luong while researching on the Internet. It was a picturesque floating village on the Tonlé Sap lake. Unlike some other floating villages near Siem Reap, this place is apparently relatively untouched and see very few visitors.

The recommendation certainly piqued my interest but being an obscure place, there wasn’t much information I could find. Moreover, little is said on the Lonely Planet other than how to get there. Nevertheless, since it’s on the way from Battambang to the capital Phnom Penh, I thought why not make a stop?

To get to Kompong Luong, I needed to get to the nearby town first. I took a bus from Battambang and was one of the few who got down at Pursat. There wasn’t much going on, I thought of staying there a night but after gotten an expensive quote from a nearby hotel, I decided to look for an alternative. A short walk later, I found a tuk-tuk driver who was willing to take me to the floating village and back the following day. I hestitated as he was charging a hefty fee. However, it was indeed a long ride and there wasn’t any immediate alternative, so I reluctantly said yes.

He took me further down the highway and eventually made an exit onto mud road surrounded by empty plains. Soon, the sight of the lake came into view. We stopped at the jetty. There were tourism “officials” stand by and as I walked towards them, they started brandishing a pricelist at my face. The homestay itself wasn’t expensive ($11), as it included all meals. But to get there, I had to fork out an additional $3 for a one-way boat ride. Moreover if I wanted a 1-hour boat tour around the village, it costs a further $9!

There was no point turning back now. I paid and loaded my backpack onto the boat.

Tonlé Sap is the largest freshwater lake in Southeast Asia and the source for a most of Cambodian agriculture, hence it’s not surprising that people settled around the vicinity of the lake. However, one thing you need to know about this village is that all buildings and houses are literally floating on the lake and are portable. Due to changes in tides, the villagers may move their homes to a more habitable area. Despite that, the infrastructure here is no less incomplete than a normal village. Boats and sampans are common mode of transportation.  They even have a police station, a petrol station and places to worship! It’s all quite bizarre.

The boatman dropped me off at a small boathouse, painted in blue with yellow grills. The paint looked fresh, so I reckoned that it’s only recently that the owners the decided to open up to tourists. A lady host welcomed me and showed me around the home. The entrance was an open-ended living room. Further inside were 2 small bedrooms, a cramp kitchen and a small toilet. I was to sleep in one of the bedrooms on a matress. The household may be simple but I presume it’s adequate for their needs. In fact, they even have a television! A household necessity anywhere, even in rural areas.

Unfortunately, my host spoke very little English other than “Dinner?”, “Boat tour?”. I ended up spending most of my time there people-watching, reading Kitchen Confidential on my Kindle and playing with the baby. In the evening, the host cooked me a nice, if not too salty, dinner that consist of rice, vegetables and fish. Her husband returned later and since he didn’t speak much English either, we barely talked. By 8pm, we all retired to our rooms and it was lights off at 9.

It’s as simple as it gets.

The following day, I took the boat trip to the nearby Vietnamese village (Yes, there’s a sizeable Vietnamese population here). It’s then I realized how huge the village is. The population here, according to my guidebook was at around 10,000. Most, if not all were living on the water.

It was interesting to observe how to locals go about with their daily lives on the water. Primary school kids rowing their sampan or jumping from boat to boat is a common sight. As there is little tourist presence here, it felt like I was the only visitor there. In fact, my presence was mostly ignored by the locals other than the curious kids.

The breakdown in communication meant that other than people watching and photo taking, there was little else I could do. After one night, I said goodbye to my host and boarded the same boat back to the jetty.

As I paid the tuk-tuk driver in full the previous day (Stupid mistake), I was afraid he wouldn’t show up. Thankfully though, he kept to his promise. We headed back to Pursat and I bought a bus ticket to the capital, Phnom Penh. It’s back to civilization.

PS: If you’re interested in visiting Kompong Luong, apparently it’s possible to base yourself in a town called Krakor, which is closer to the village compared to Pursat. Buses that go to Pursat go all the way to Phnom Penh and since Krakor is further down the highway, it shouldn’t be difficult to get the driver to stop you there. As of March 2013, the homestay costs $11 per night (Including meals), a boat ride to the homestay costs $3 and a one-hour boat tour costs $9. 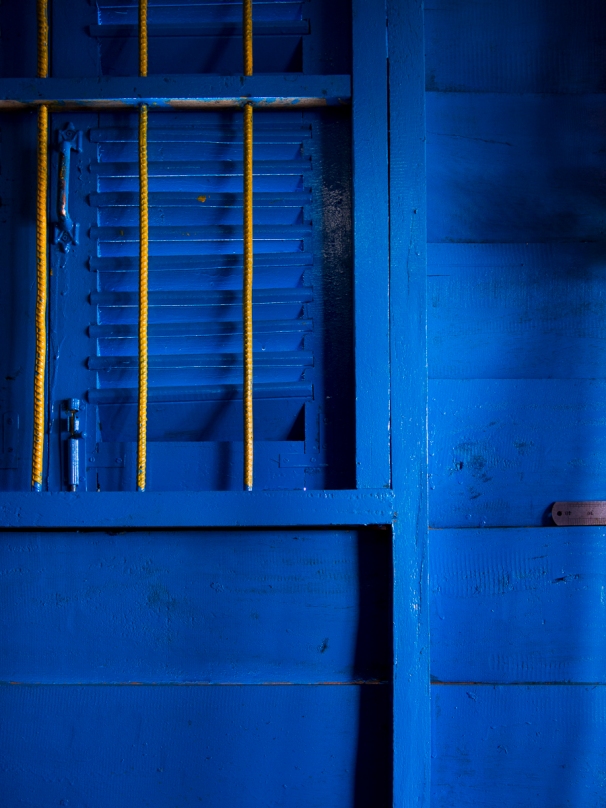 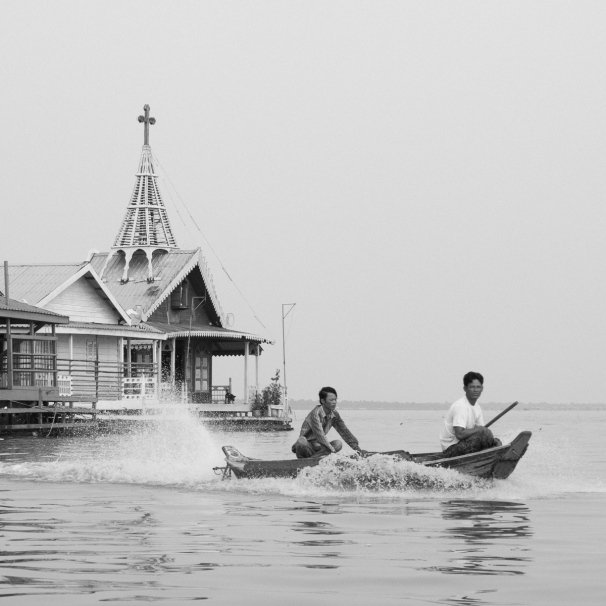 I was in Cambodia from March 4 to March 20. Most of the shots were taken with Olympus OM-D E-M5, with either the Olympus M.Zuiko 12-50mm f/3.5-6.3 kit lens or the original Panasonic Lumix G 20mm f/1.7 pancake lens. They were shot in RAW and processed, edited in Adobe Lightroom. Others shots were taken with my HTC Desire HD smartphone.

Always wanted to try some R&B or Curtis Mayfield style of rhythm guitar. Came across a course on Truefire on sale called "Groove Guitar" and decided to give it a try. Really fun and good to pick up some interesting embellishments.
So @adoi88 asked if I wanted to try this highly rated Xinjiang (China's Western Muslim region) restaurant in SS2. I'm glad I said yes. The Lamb Noodles and Lamb Skewers 羊肉串 were off-the-charts good. We will be back. 😁
My project for 2020. Still WIP so let's see where we end up at year end. But I gave it a test run earlier today and I'm loving it. Inspiring tone for days. 😍 For the gearheads: Peterson Strobostomp HD > @thorpyfx Veteran fuzz > @xoticusa Super Clean > @keeleyelectronics Aria > @nobelsofficial ODS-Mini > Tone City Durple > Tone City Wild Fro > @mooeraudio E-lady > @atomicamps Amplifirebox > @tcelectronic Ditto > Boss RV-6
%d bloggers like this: